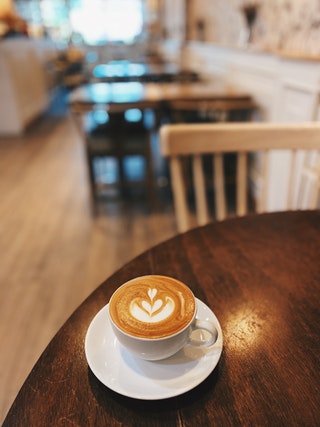 Coffee is a drink that people do not stop talking about, for all the cool reasons indeed. Given the fact that there is a vast, interesting history, and the fact that the industry would simply not stop booming, there is always something new to discover. Nevertheless, here are the most basic, common questions people still do ask about coffee, and simple answers to them.

Is Coffee Really Good for You?

When consumed in moderation or rather, in the right amounts, coffee is believed to benefit one’s health in a few ways. Caffeine has a strong tendency of increasing your metabolic rate, which in turn supports weight loss. Studies on the benefits of coffee on heart and liver health are strongly carried out, too.

How Much Caffeine Does Coffee Contain?

Experts say that there is around 95mg of caffeine in a cup of coffee. However, the real question arises when it comes to how much coffee you drink, or the type of coffee you are drinking. In the brewing process, the same percentage of caffeine is dissolved or extracted, irrespective of the brewing method. This basically means that the amount of caffeine remains consistent even if concentrations and flavours change.

Many wonders if dark and light roasted coffee have different amounts of caffeine in it. Some even believe that one has less and the other, more. However, the truth is that both these types contain more or less the same amount of caffeine.

This is because both these roasting methods do not involve temperatures that are high enough to destroy caffeine. While you may tend to feel that dark roasted coffee always contains more caffeine, it isn’t really so.

Coffee or Tea – Which one Has More Caffeine?

Coffee certainly contains more caffeine than tea. In fact, coffee contains almost twice as much as the caffeine in black tea, which is usually the most caffeinated of all types of teas.

How Many Cups of Coffee Can You Drink in a Day?

You can have up to 400mg of coffee within a day. This is usually considered safe, however, if you are sensitive to caffeine, the amount you could tolerate in a day might be a little or a lot less. Watch out for Symptoms like dizziness, tremors, anxiety, and an upset stomach which might mean you should cut down on your intake.

Which Country Produces the Most Coffee

Does Coffee Dehydrate You?

Many happen to believe that coffee is dehydrating. This is mostly because it could have mild diuretic effects, meaning it causes the need to urinate. However, this does not mean that your body gets dehydrated. Coffee does not cause an excess loss of fluids and so, consumption of coffee does not become a cause of dehydration.

Is Coffee a Laxative

While many claim to have experienced this effect, studies do not prove anything as such. Such effects could be connected to conditions and the nature of one’s body, but is not solely caused by consumption of coffee.

8 Most Frequently Asked Questions About Coffee

Tools and Stuff to Acquire in Establishing a Café

Types of Charcoal for BBQ

Shopping Made Easy with Modern Technology

Fun Fruit and Veggie Based Foods You Can Enjoy

Comfort Food to Liven You Up

How to Throw A Brand Launch Party?

How to Make Your Restaurant More Successful?